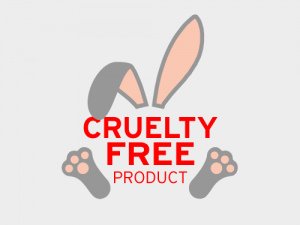 ANIMAL TESTING IN EU AND ENTERING THE CHINESE MARKET

Testing cosmetics products and their ingredients on animals has been a controversial topic for a long time. Fortunately the European Union banned such tests in 2013.

Testing cosmetic products and their ingredients on animals was banned in the UK in 1998 and across the EU in 2013.

As always there are some exceptions to EU bans, which of course allow for excuses when it comes to strict implementations:

At Essentiq we firmly believe in cruelty free product development and production as part of our company’s values and philosophy. In our opinion, values are not and should not be overlooked for sales opportunities. Values are a part of our ethics and integrity.

Many companies face a challenge to their values and integrity, when they are presented with the possibility of entering the mainland Chinese market. If you want to sell your cosmetic products in brick-and-mortar or on-line stores in mainland China, the Chinese authorities require that the products be tested on animals before being exported to mainland China. Those tests are done in China, but with producers consent. In theory, by performing animal testing in China for cosmetic products that are going to be sold in mainland China, you are not in violation of the EU legislation on one hand, and you comply with Chinese legislation on the other. Nevertheless, the question remains:  what about respecting your own values and ethics? What about maintaining your own personal integrity?

The producers that strictly adhere to their values enter the mainland Chinese market only by using the so called cross-border sales through Hong Kong. The sales amounts are of course much smaller, they can only be made on-line and directly to consumers with very strict limitations to purchased amount. Businesswise, this kind of approach limits the sales dramatically; however, by respecting your own company’s vales and maintaining its integrity you show what kind of a company you are.

Essentiq does not support or conduct animal testing for any kind of purpose (including worker or environment safety). We do not use ingredients that were tested on animals. Therefore, until laboratory testing of cosmetic products (vitro and vivo) are accepted as a basis for import to China, our products will be available to Chinese consumers only through cross-border sales.