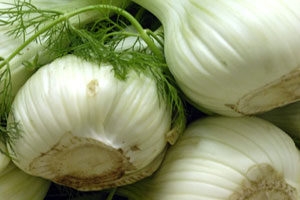 Botany: Foeniculum vulgare is a perennial herb with erect stem growing up to 1.5 m high. It is generally considered to be native of the Mediterranean region, but cultivated as an annual or perennial worldwide (Argentina, Hungary, Bulgaria, Germany, France, Italy, Greece, China, India, etc.).

The part used is the dried ripe fruit (seed) from which an essential oil is obtained by steam distillation. There are two commonly used varieties of fennel, bitter and sweet fennel. The two forms of fennel are very similar and not always distinguished. Bitter fennel oil is used only to limited extend, mainly in cosmetics.

Foeniculum vulgare botanical extract
Traditional use: Topically, fennel is good for conjunctivitis, and blepharitis (eyewash). An infusion placed over the eyes for 20 minutes will soothe and strengthen tired eyes. The leaves pounded with vinegar are very good against boils and other inflammations. Externally, a decoction can help those suffering from headache or migraine.

Foeniculum vulgare var. vulgare. Fennel, Bitter.
Fennel has been used as a flavouring and a scent.

Foeniculum vulgare dulce. Fennel, Sweet.
Topically, fennel is good for conjunctivitis, and blepharitis (as eyewash). Useful as an oil when rubbed onto affected parts to relieve rheumatic pains.

Bitter (common) fennel and sweet fennel oils are used as fragrance components in cosmetics, including soaps, detergents, creams, lotions, and perfumes, with highest average maximum use level of 0.4% reported for both oils and perfumes.

A cream containing 2% of the ethanolic extracts of fennel was effective in reducing excessive hair growth in women diagnosed with idiopathic hirsutism.

The principal hazards with fennel itself are photo-dermatitis and contact dermatitis. A serious hazard associated with fennel is that poison hemlock can easily be mistaken for the herb.

Estragole has been reported to cause tumours in animals.